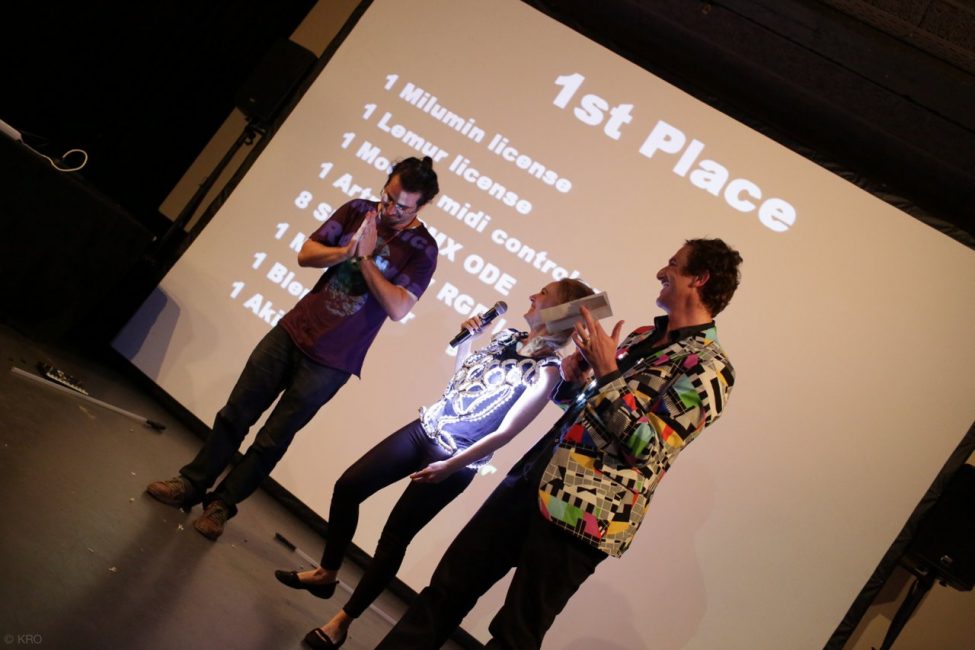 VJ Eletroiman was the WINNER of the Mapping Festival VJ Contest 2014!!!

The Mapping Festival’s VJ contest is world famous. For those of you who have never experienced the contest in any form – here is a short break down on how it works:

In the first round the VJs bring their own soundtracks and showcase their own style of VJing. For the second round there are eight contestants left and each one gets to pick a random music style. After each round the jury comments on the performance, giving good advice as staying away from mirrors, tunnels and warn about heavy use of stock effects. The final four gets graphic elements from the jury that they have to use in the next round. The contest continues the following day with the semifinals.

Finally there are two VJs left that gets to battle it out back to back starting with 6 minutes each then 5, 4, 3, 2, 1. Then the winner is announced and gets spoiled with hardware and software prices.

VJ Eletroiman (Ricardo Cançado, BR) and Chindogu (Marcelo Vidal, UY) made it to the final round this year. Eletroiman kept on a theme that he has been following for years. It consists of a dreamy world containing his own made up brazilian tribal characters which are represented and animated in a few different styles.

Chindogu sported a graphic style with a variety of patterns but had some technical problems in the first round. Both contestants interpreted the music into graphics very well, almost uncanny at times. After the final minute, VJ Eletroiman came out as the winner and received so much gear that he must have had trouble checking in at the airport.